Clayton’s Citizen of the Year 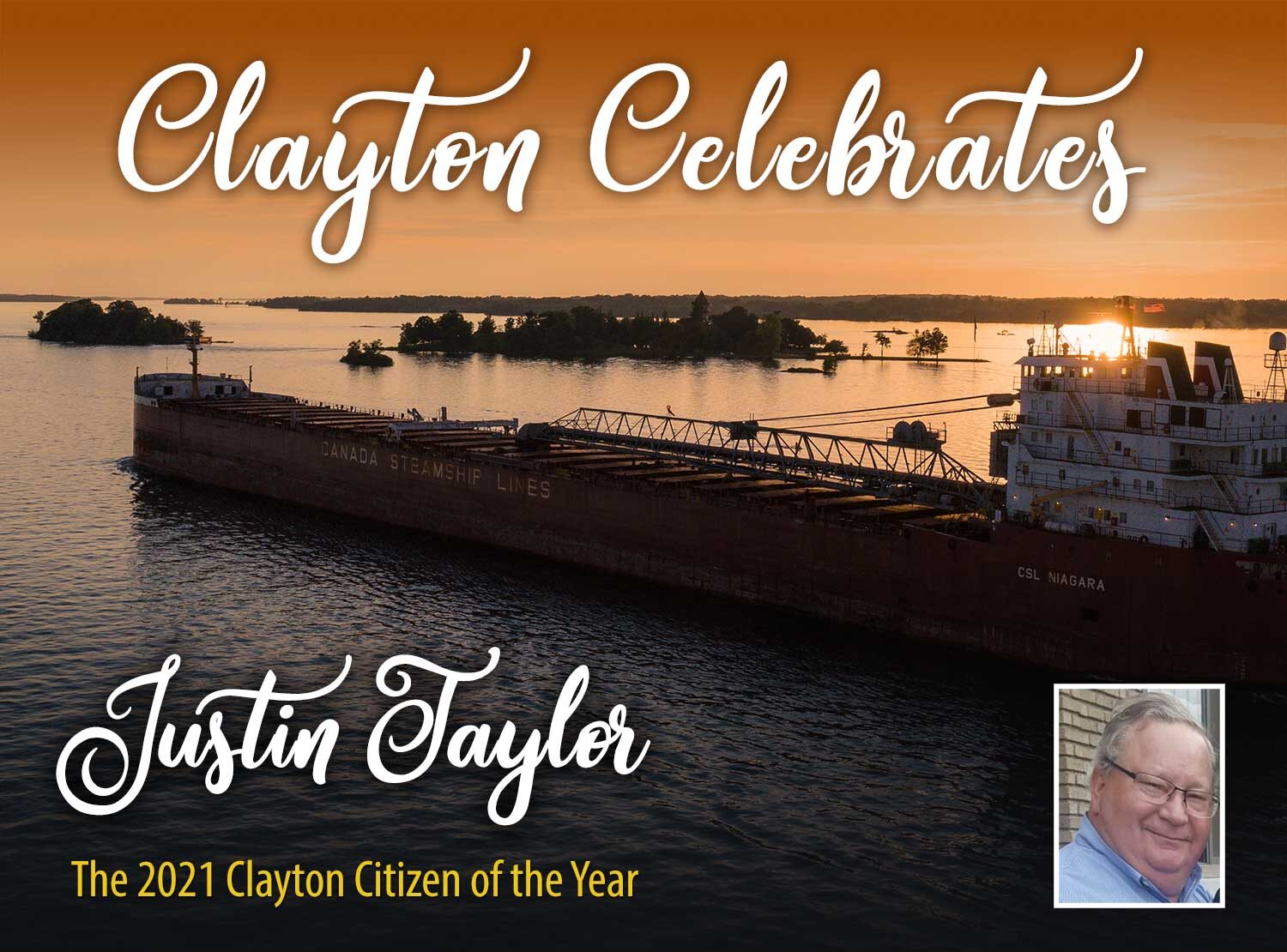 The Clayton Chamber Commerce is proud to announce Justin A. Taylor as their 2021 Clayton Citizen of the Year!

Justin’s extensive Volunteer Service to the community began in 1975 as a Member of the Clayton Fire Department. He has held offices of 2nd Assistant ,1st Assistant, and Chief of the Department, Secretary and currently is the Treasurer (1995-2007, 2018-Present). He is the Senior Captain of the Fire Boat “Last Chance”. In addition to the positions he has held, he also attended the 1980 Olympics in Lake Placid as Fire Officer with 4 other Clayton Fire Department members, Bob Purcell, Russ Marceau, David Bulterman and James Haight.

Justin’s 21 years of Political activity began in 1994 as a Town Board Member. During his tenure as a Board Member and Supervisor he worked as part of a strong committed team of elected and volunteer community leaders to plan and implement the projects that have taken Clayton to the next level.  Without this Federal/State/County/Town/Village/CLDC/Chamber partnership we wouldn’t have the Regional Dock, Main Street Enhancements, Opera House Renovation, Frink Concept Masterplan, Riverwalk’s, Municipal Marina and 4 Diamond Harbor Hotel.

Justin will be honored at the Clayton Celebrates! event on November 4th at the 1000 Islands Harbor Hotel. Cocktail Hour will begin at 5:30pm. Awards will be presented at 6:30pm with a plated dinner to follow. Reservations are now closed.