The Town of Clayton was organized from the Towns of Orleans and Lyme by an act of State Legislature on April 27,1833. At the suggestion of the Postmaster, Mr. Angel, a Whig himself, the name was chosen in honor of John M. Clayton, United States Senator from Delaware and a prominent Whig, a fitting political selection since most of the voters in the area were Whigs themselves.

The Village of Clayton was incorporated on April 17, 1872 by a vote of the citizens, as provided in an act passed by the State Legislature, April 20, 1870. The vote stood 140 for and 51 against the assumption of corporate honors.

The first known name given to the area around the present day village was Weteringhera-Guentere, and Indian term for “Fallen Fort”, referring to an ancient fort on the banks of French Creek captured from the

Algonquin tribe by the Iroquois. In the early 1820′s the area around French Creek Bay was being settle by the French. In 1823 the Post office and the Village was called Cornelia. In 1831 they were both changed to Clayton. By 1835 the Village consisted of 93 buildings and 426 people.

The other major settlement in the Town is the Hamlet of Depauville, originally called Cat Fish Falls. The hamlet is located in a valley along the Chaumont river. The area was being settled by 1816 utilizing the Chaumont River as its navigable waterway for transportation of timber, goods and people. Catfish Falls was an excellent source of water power to operate a Saw Mill and Grist Mill. 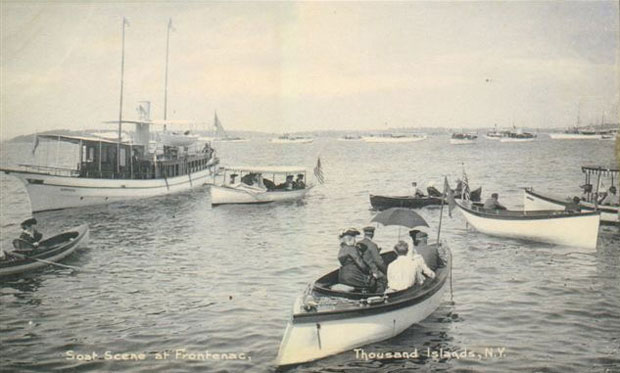 Due to its favorable positioning on the St. Lawrence River and an ample supply of lumber, the first major industry in Clayton was timber. Trees were lashed together to form rafts and then sent down the St. Lawrence River to Montreal and surrounding areas. There, the logs were cut into usable lumber. Depauville also had a substantial lumber industry. The local economy was dominated by this industry until the railroad made its way to the North Country in the 1870′s.

Its location on the river and supply of lumber was a natural fit for the shipbuilding industry. Simon Johnston owned one of the prominent shipyards in the Village. The Town Hall is located on the site of his shipyard. Clayton is also know as the home of the St. Lawrence Skiff. These skiffs were first build as fishing guide boats starting around 1868.

The schooners financed and built here sailed the St. Lawrence and the Great Lakes in the shipping trade well into the era of steamships. They also, periodically, were overhauled, repaired, and sometimes enlarged to carry more goods to and from the ports. Tradesmen with many skills were drawn to the area to build and maintain all boats on the River. 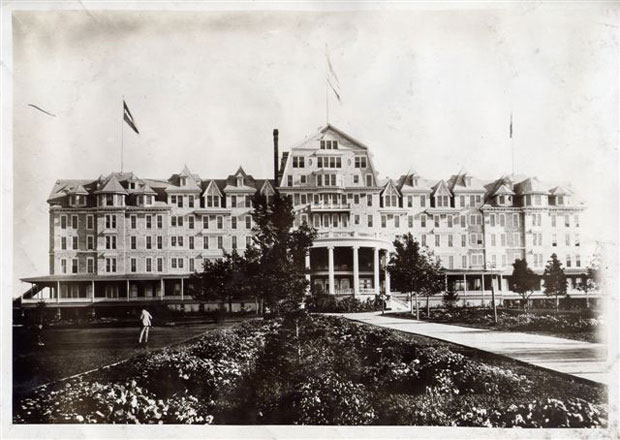 In 1873, the railroad was brought to Clayton and with it came people seeking time away from the city life. As a result, hotels, restaurants, boat livery’s, fishing guides and tourist related services began to flourish and a new industry was born, tourism. Grindstone, Picton, Bluff, Murray and other smaller islands began to become settled by local residents and tourists. Luxury hotels were built to accommodate this influx of vacationers: The Windsor, The Walton, The Riverview, The Hubbard House, The Frontenac on Round Island, The Clayton Hotel and the Herald House. The Clayton Hotel is now O’Briens and the Herald House is the TI Inn: all of the other old hotels have either burned or were torn down. The influx of people during this period brought money, built houses and created an increase in small privately owned boats. The small boat trade and repair business quickly became lucrative for many entrepreneurs. This period of growth lasted until the advent of the car as a family vehicle. It became easier to travel were ever you wanted and not just where the train would take you. 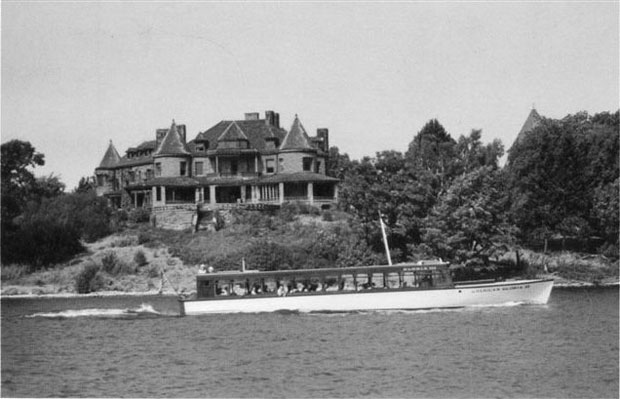 There has been a resurgence of the boat trade and repair in the last twenty years due to increases in boating as a recreation, boat owners and the population of Clayton, both residential and seasonal.

Agriculture was an important industry in the Town. The number of active farms has been steadily decreasing, a trend that is occurring all across the State and Country.

The Town has a history of mining that includes quarries on Picton and Grindstone Islands that were active in the mid 1800′s. High quality granite from Grindstone and Picton Islands was widely used for paving blocks and prominent buildings such as the New York State Capitol Building. There are a number of active sand and gravel operations located on County Route 4, the Crystal Springs Road.

Like any other community over the last 177 years, Clayton has undergone many social and economic changes. Today, Clayton remains as a reflection of the small shops and restaurants, recreational opportunities and marinas that existed in the early years.

Learn more about the history of Clayton at the Thousand Islands Museum in the research library where you can view historic news clippings and a vast collection of historical photos.